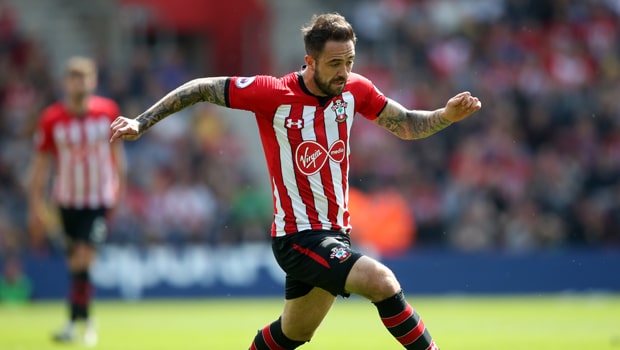 England international Danny Ings says he is “raring to go for the new season” after completing a permanent switch from Liverpool to Southampton.

Ings arrived at St Mary’s last summer on a season-long loan deal from the Reds, with an agreement to make the move permanent at the end of the 2018/19 campaign.

The Saints, who are 41.00 to record a top-six finish in the upcoming Premier League season, have now signed the striker, who has put pen to paper on a contract until the summer of 2022.

During his loan spell, the 26-year-old was hampered by a couple of niggling injuries and he ended up scoring seven goals from 24 top-flight appearances. Frustrated by the stop-start campaign, Ings says he has been working hard on his fitness and can’t wait to get started after signing permanently for Southampton.

“It feels good,” he told the club’s official website. “Obviously, being here for a season already, I felt like it was very up and down for me personally, with a few niggles and small injuries, and that was off the back of not having a strong pre-season going into the season.

“Now I’ve signed permanently, I feel great. I’ve looked after myself over the summer and I’m just raring to go for the new season. Personally, it’s a big season for me. I feel like it’s my most exciting really.

“The last few years have been very up and down for me, but now I’ve looked after myself over this summer and I’m really looking forward to it and hopefully great things can come from it.”

Southampton kick off the new season with a trip to Burnley on August 10 and the visitors are 2.88 to pick up the win, a draw is priced at 3.30 while the Clarets are 2.60 favourites.