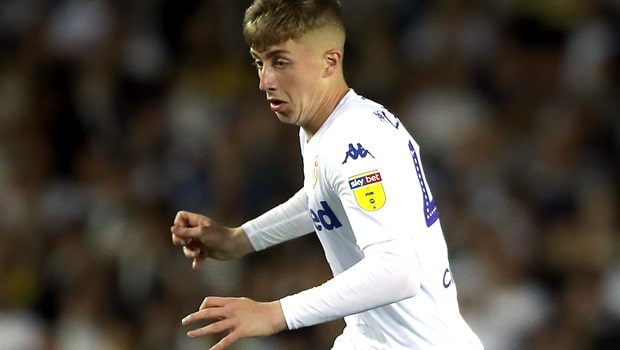 Jack Clarke says he is “delighted” to have completed his move to Tottenham Hotspur from Leeds United, which will see him spend the 2019/20 campaign on loan at Elland Road.

Tottenham had been pursuing Clarke over the past month and the Premier League outfit have finally been able to land the winger, who has put to paper on a deal until the summer of 2023.

It is claimed Spurs have paid Leeds an initial £8.5million for the Englishman, with the deal potentially rising to somewhere close to £13m if certain clauses are met during his time in London.

Clarke, who made five starts for the Whites in all competitions last season, with a further 20 appearances coming from the bench, will spend the 2019/20 campaign at Elland Road after being immediately loaned back.

Speaking about his permanent transfer to Spurs, the 18-year-old told the club’s official website: “I’m delighted to join Tottenham and in the short term I’ll be giving my all to help Leeds win promotion.”

Clarke becomes Spurs’ first summer arrival and the club’s first signing since January 2018, with Mauricio Pochettino failing to get any deal over the line last season.

The Argentine tactician is expected to be backed in this transfer window and more deals are expected to be completed, with Lyon’s Tanguy NDombele a firm target.

Spurs, who are 15.00 to win the Premier League, kick off their new campaign with a home clash against newly-promoted Aston Villa on August 10. The hosts are heavy 1.30 favourites to pick up the win, a draw is priced at 5.50 while the Villans are massive 11.00 outsiders.