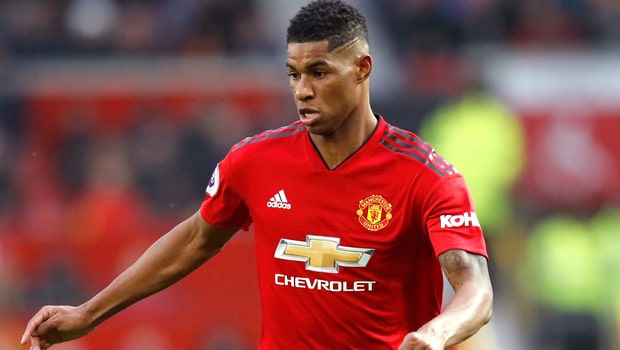 Marcus Rashford says he’s determined to help Manchester United get back to the top after signing a new four-year contract at Old Trafford.

The 21-year-old England international put pen to paper on a new contract at Old Trafford until the summer of 2023 on Monday, with the club also having the option to extend that by a further year.

Rashford’s new deal has reportedly put the Academy graduate among the top earners at United, rewarding him for his progress since breaking into the first team in 2016 under then-manager Louis van Gaal.

The forward’s extension also comes as a big plus to the Red Devils, who were said to be fighting off interest in their star man from several top European sides.

“It hurts every day to see where we are now, (compared) to where we’ve been in the past,” he told The Times. “I use that pain as motivation. It makes me more determined to put the club back where they belong.

“There’s nothing I want more than to see the club winning the Premier League again, winning the Champions League again. Everybody here deserves much, much more than what we’re giving them right now, not only the fans, the club itself. They don’t deserve to be where they are now.

“As players, we’re the ones who have the opportunity to try and forget about the past five, six years and put the club back on track.” United are 21.00 to win the 2019/20 Premier League title while they are 2.05 to finish in the top four.