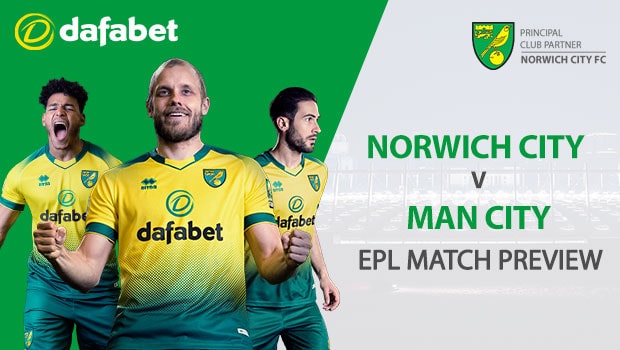 We’ll have our eyes on Carrow Road this Saturday as Norwich City and Manchester City go head-to-head. Norwich will look to bounce back from a recent streak of losses and hope for at least a draw in this fixture. Nothing comes easy, though, against a roster like Manchester City.

Draw: Picks indicate there’s an 11 percent chance this matchup ends in a draw. That happens in 12 percent of sims, suggesting not much added value on the pick.

International Duty: Man City got back into the swing of things earlier this week with several players away on international duty. They’re coming off a 4-0 Premier League win over Brighton and will look to continue the streak of shutting out the opponents.

Head to Head: These two sides last matched up in Premier League action back in March of 2016 when they finished in a scoreless draw. Norwich last defeated Manchester City back in 2013.

Sergio Aguero has a 70+ percent chance to net the ball for Man City this weekend, averaging 4+ shots overall per sim, 1.55 shots on goal per and 1.22 goals per sim.

For Norwich, we’ll have our eyes on none other than Teemu Pukki. He averages 2+ shots overall per sim, 1.03 shots on goal per and 0.5 goals per sim. He has close to a 40 percent chance to score.

No surprise here, Man City is a heavy favorite and is projected to win by 2+ goals. Not much value in the money line though because you’re having to pay so much to get so little. Man City winning outright is a four-star (out of four) hot-trend pick. They win, on average, each simulated match by a margin of +2.45 goals.