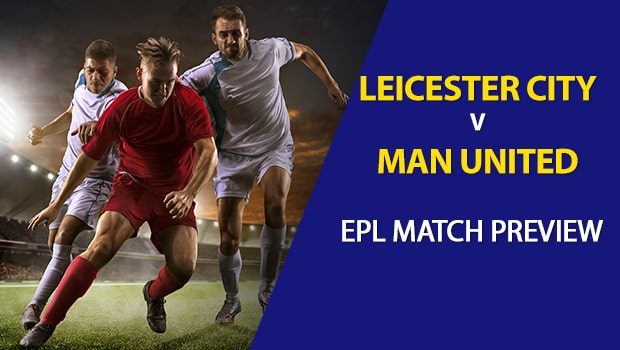 Premier League action continues this weekend as Manchester United hits the road for a much-needed win as they face Leicester City.

Draw: There’s a 25.9 percent chance this match ends in a draw. That happens in a similar percentage of simulations, suggesting no added value on the pick.

Start to the Season: After a convincing 4-0 win vs Chelsea to start the season, United has struggled mightily. They’ve had two draws and a loss since then. Leicester City is coming off a 3-1 win over Bournemouth their last time out.

Must Improve at Home: Looking back into last season, Leicester must improve their performances at home. They have just 14 points in their last 11 home fixtures.

Marcus Rashford has a 38-plus percent chance to score for Man U. He averages three-plus shots overall per sim, 1.32 shots on goal per and 0.49 goals per sim.

Four-star (out of four) hot-trend pick here. All the side/added value from simulations is on Leicester to be far more competitive than offshore picks indicate. Leicester +1 has a 62 percent chance of happening according to picks. Leicester either wins or finishes in a draw in 52+ percent of sims, and lose the remaining games by a margin of 0.51 goals.