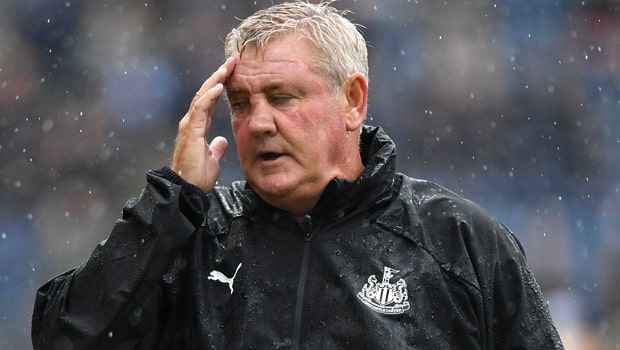 The Magpies got up and running for the new season with an impressive 1-0 victory at Tottenham in the Premier League last weekend and they followed that up with a 1-1 draw against Leicester in the Carabao Cup, although they ultimately lost that tie on penalties.

However, that was not the only negative to come out of Wednesday’s match, as winger Matt Ritchie was on the receiving end of a strong challenge from Foxes midfielder Hamza Choudhury. Ritchie could not continue following the challenge and Bruce, who was not happy with the tackle at the time, has confirmed the Scotland international faces two months on the sidelines.

“It’s not great news. We think he’s going to be (out for) two months. There is ankle ligament damage. Thankfully it’s not six months, but it’s bad enough,” Bruce confirmed at his pre-match press conference.

However, Ritchie is not the only injury concern for Newcastle, with Bruce revealing that Allan Saint-Maximin also faces a spell on the sidelines, while they have doubts over Emile Krafth, Jetro Willems and Miguel Almiron, although he does expect Joelinton, the goalscorer at Tottenham, to be fit to face Watford.

It is likely to be a patched up Newcastle team that takes to the field on Saturday and they are priced at 2.60 to win the match, while Watford, who are yet to pick up a point in the Premier League this season, are available at 2.88 and the draw is on offer at 3.25.