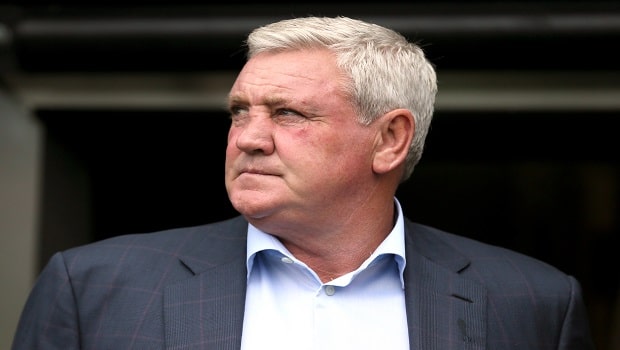 Steve Bruce is anticipating a tough test when he takes Newcastle United to face former club Norwich City this weekend.

Both teams will be eager to put their first Premier League points of the season on the board, with the Canaries having lost 4-1 to Liverpool at Anfield on Friday last before Newcastle went down 1-0 to Arsenal at St James’ Park in Bruce’s first league game as boss.

He wasn’t universally popular when chosen to replace Rafael Benitez in the summer and Bruce will know only too well he needs to generate some positivity quickly.

Norwich, last season’s Championship winners, were heralded for their attaching approach against the European champions at Anfield, and Bruce is wary of this weekend’s game against the team he spent three years of his playing career representing.

“[Sunday] was a big day for me but, like thousands of others, I am disappointed not to get the result. We have a lot to work on and we will try to improve, which we will when the new players get bedded in,” he said. “The Premier League is tough. It won’t be easy to go to Carrow Road, that is for sure.

We have another week for the new players and they can see how we are looking to play.” Bruce is urging Magpies fans to get behind him as he looks to find his feet on Tyneside. “My message would be, like any manager coming in, just judge me over a little bit of time.

Rafa was an extremely talented manager, he was adored by the supporters here, so whoever was going to fill his shoes was going to find it difficult because of the circumstances,” he added.

“The results now are the big thing, which any manager has to be judged on.”