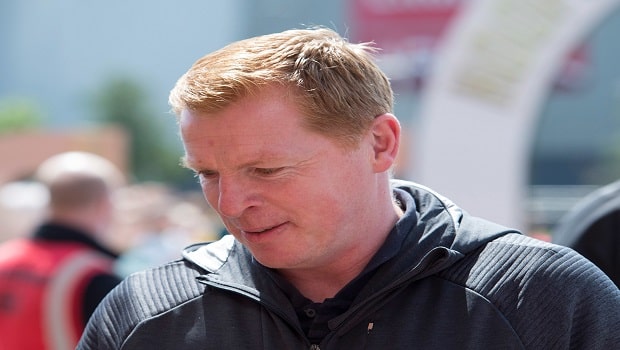 Neil Lennon felt Celtic had failed “to do the basics well” after they tumbled out of the Champions League following a 4-3 home defeat to CFR Cluj.

The Hoops had taken a creditable 1-1 draw home from Romania last week and were expected to complete the job in Glasgow. They trailed 1-0 at the interval but goals from James Forrest and Odsonne Edouard turned things around.

A calamitous penalty concession ensured Cluj were level again before Ryan Christie’s close-range finish once more put Celtic in the box seat. They couldn’t hold on, with a goalkeeper error from Scott Bain contributing to the 3-3 scoreline before Cluj scored on the break deep into six minutes of added-on time.

Celtic had a hatful of scoring chances but could never put daylight between themselves and Cluj, while Lennon felt they lacked intensity and, at times, calmness. “The goals we conceded are crazy. You’ve got to do the basics well – you’ve got to stop crosses, close people down, get your head on things – and it was almost as if we scored and wanted to switch off and control the game,” said the Hoops boss.

“In the first half, we were way too passive, way too slow with the tempo, so we gave them a bit of a razz at half-time and we got the right response going 2-1 up. But we needed that two-goal cushion. It’s suicidal the goals we gave away.

“The players are bitterly disappointed as they have missed out on a good opportunity. We all have. It’s a collective responsibility. We had enough quality out there to win the tie over the two legs.”

The Parkhead manager admits his transfer dealings may now be restricted, with a Europa League play-off looming this month instead of a shot at the Champions League group stages. “I’m sure it will [affect transfer budget], but that’s not at the forefront of my mind at the minute.

We all wanted Champions League football and we have only ourselves to blame for not getting that,” Lennon added.