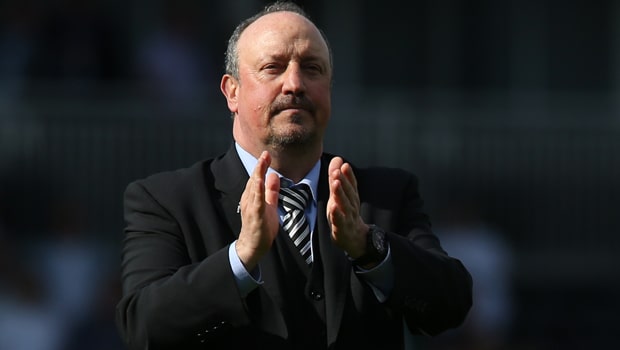 Rafael Benitez remains coy on his future at Newcastle but the manager is convinced that the Magpies retain huge potential as a club. Newcastle signed off their Premier League campaign with an impressive 4-0 victory at relegated Fulham on Sunday.

They finished in 13th with 45 points, one more than they managed last season, but still not enough to gravitate towards the top 10. Indeed, there were times in the season when Newcastle found themselves flirting with the relegation places.

Benitez has made no secret of the fact that he wants assurances of money being spent to strengthen his squad before he’ll extend a deal that is set to expire next month and, as yet, nothing has changed.

Owner Mike Ashley and managing director Lee Charnley were looking on at Craven Cottage but Benitez hasn’t agreed to stay.

“We meet hopefully this week and see where we are. We have plenty of time to enjoy, I have been very clear about the potential of this club,” he said.

Salomon Rondon was among Newcastle’s star performers at Fulham and he capped his display with a fine late goal, his 12th of the term. The Venezuelan and Ayoze Perez have combined brilliantly in the second part of the season but Newcastle have yet to confirm any deal to sing Rondon permanently.

Benitez praised the attitude within his current crop of players, while again hinting that strengthening is badly needed for a battle that keeps getting tougher.

“This group of players from beginning until the end have worked really hard. We never gave up, even when we were safe in the last three games they were still giving everything,” he added.