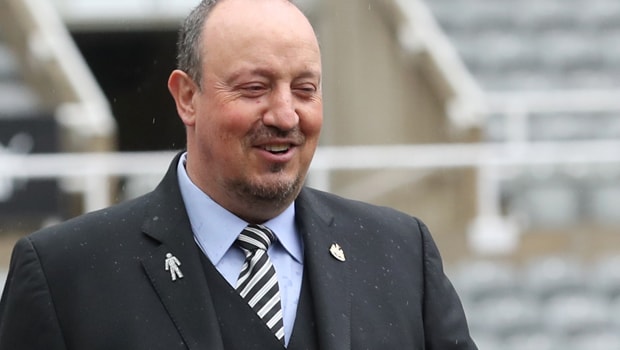 Newcastle United manager Rafael Benitez says his aim is to build a team around captain Jamaal Lascelles for many, many years.

Benitez recently revealed his desire to stay on as Newcastle boss for the next 10 to 15 years and the Spanish tactician, who was linked with the Spain job before Luis Enrique was appointed, is hoping to have one player by his side throughout his time at St James’ Park.

Lascelles was handed the captaincy by the current manager two years ago and the defender has gone from strength-to-strength, leading the Magpies to the Championship title in 2016/17 and a 10th-placed Premier League finish last season.

There were even calls for the 24-year-old to be included in England’s 2018 World Cup squad although Gareth Southgate, who led his side to the semi-finals in Russia, decided to leave the centre-back at home.

Lascelles, who started his career out at Nottingham Forest, has been attracting interest from a number of teams this summer and it was claimed West Ham United had a bid around £25million rejected by the north-east outfit.

Chelsea and Everton have also been credited with an interest but Benitez is hoping his skipper will be leading the team for several more years.

He told the Chronicle: “I think he’s a player who has a lot of potential. He has the mentality that fans enjoy and they like. He is a great example for the rest of the team.

“We need somebody who will stay here for many years and he can be that great leader and great captain in a great team.”

Newcastle welcome Tottenham Hotspur to St James’ Park for their season-opener on August 11 and the hosts are 3.60 to pick up the win, a draw is priced at 3.40 whilst Spurs are 2.05 favourites.