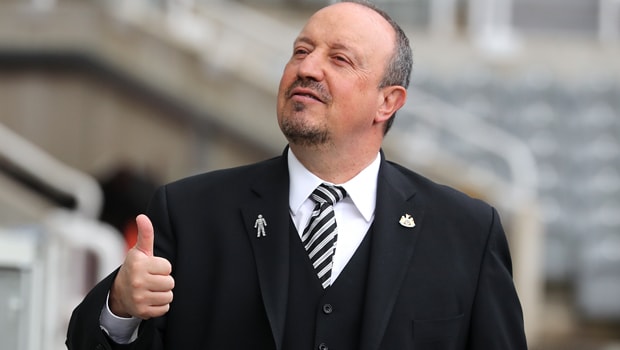 Rafael Benitez insists he sees a lot of potential at Newcastle and would like to stay in charge for a decade, but only if he is backed financially.

The Spaniard took charge of the Magpies in March 2016 and he was immediately tasked with trying to keep the club in the Premier League.

He did manage to improve their fortunes and was quickly welcomed into the hearts of the Newcastle fans, however, they couldn’t beat the drop.

Benitez opted to stay on for their Championship campaign and he was able to guide them straight back to the top-flight.

The former Liverpool and Real Madrid boss spoke publicly about his desire to have more freedom in the transfer market last summer, having claimed his squad was not strong enough to compete.

Owner Mike Ashley, who is looking to sell, was reluctant to hand over big money and Benitez had to settle for a number of loan deals in January as they went on to finish 2017-18 in a comfortable tenth place.

The 58-year-old has spoken with Ashley and managing director Lee Charnley this summer and he is very clear about what he sees for the future of Newcastle, who are priced at 6.50 to be relegated next term.

Benitez said: “We spoke about the future and the possibilities, that’s it.

“I said that we have to see how things are going and then we can sit down later on and discuss that.

“I’d like to stay here for five years or 10 years if it’s possible because I can see the potential, the fans and the city. Everybody (needs to be) pushing in the right direction.

“But we have to do things like I imagine has to be done in a football club.”