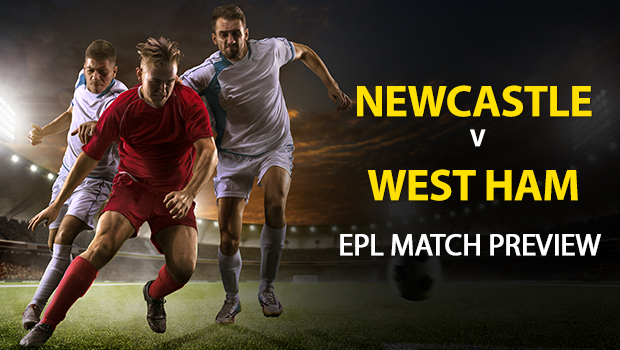 Newcastle United and West Ham United face off this Saturday at St James’ Park as the visitors look to bounce back from a 0-4 loss at home vs Manchester City. The hosts will look to build off three straight league wins, most recently 2-1 on the road over Burnley.

Betting on the Draw: Odds — at 3.25 — indicate there’s a 30.7 percent chance the match ends in a draw. There’s a draw in under 30 percent of AccuScore sims, suggesting no added value on the draw.

Last 6: Newcastle has three wins, 1 draw and 2 losses in their last six Premier League matches. West Ham has 3 losses, 2 draws and 1 win in that same span.

Go Big or Go Home: According to some recent research that took a deeper look at passing data, 21.1 percent of Newcastle’s passes have exceeded a distance of 35 yards — that’s the fourth-highest figure in the Premier League. Premier League Opta passing data states only Cardiff (23.1%), Brighton (21.8%) and Burnley (21.5%) have passes over 35 yards. What does that mean? Newcastle heavily relies on one or two passes leading to a score, as opposed to the free-flowing, shorter passes most successful teams have.

Head to Head: These two sides last met in Premier League action back in December of 2017. Newcastle got the 3-2 win at Olympic Stadium behind goals from Saivet, Diame, and Atsu. West Ham saw its production from Arnautovic and Ayew.

Marko Arnautovic is projected to lead West Ham with a 25-to-26 percent chance to net the ball. He averages 1.96 shots overall per sim, 0.92 shots on goal per and 0.30 goals per sim.

For Newcastle, we’ll have our eyes on Salomón Rondón who has a 31-to-32 percent chance to score. Rondón averages 2.69 shots overall per sim, 1.11 shots on goal per and 0.38 goals per sim.

Odds — at 2.53 — indicate there’s about a 39.5 percent chance Newcastle wins this match. They win close to 50 percent of simulations, suggesting some added side value on the pick.

Newcastle winning is a three-star (out of four) AccuScore hot trend pick.