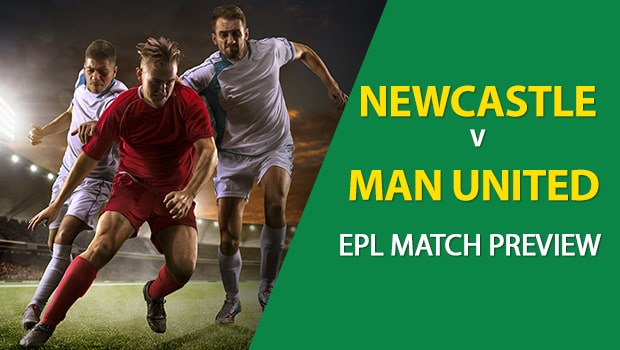 Manchester United continues to search for a win as they get set for an away match this Sunday vs Newcastle United at St. James’ Park. United is coming off back-to-back draws their last two times out.

Draw: There’s a 28 percent chance this match ends in a draw. That happens in 30+ percent of simulations, suggesting some added side value on the pick.

Low Scoring: Newcastle United are No. 19 out of 20 in the league in goals scored with just four this season. All four of Newcastle’s goals have come from inside the box.

Head to Head: These two sides last matched up in Premier League action on Jan. 2, 2019 when Manchester United won, 2-0.

Marcus Rashford has a 29 percent chance to score for Manchester United. Rashford averages 2.21 shots overall per sim, 0.85 shots on goal per and 0.35 goals per sim.

Joelinton has a 21 percent chance to score for Newcastle. He averages 1.99 shots overall per sim, 0.73 shots on goal per and 0.23 goals per sim.

The side value on this matchup — according to simulations — is on Newcastle and the draw. Man U is still projected to win, but the value is on this being more competitive than picks are indicating. Average margin of victory for Man U is +0.40 goals.