Posted by Olumide Akinnifesi on October 5, 2019 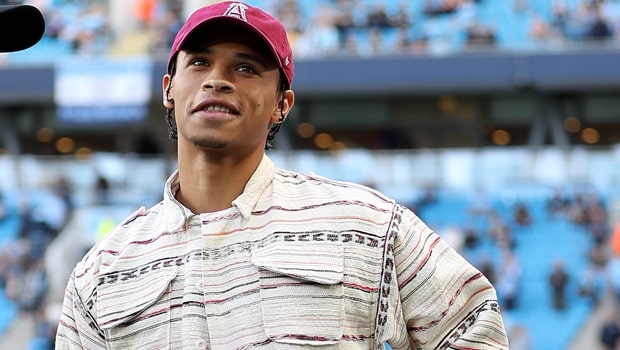 Bayern Munich delivered an exceptional performance against Tottenham Hotspur on Tuesday. The Bavarians were dealt with the Spurs ruthlessly in the final third of the game as they scored seven goals against the English side.

Niko Kovac has previously urged his side to be more clinical in their final third after they sneaked through with a 3-2 win over Paderborn last weekend.

Bayern’s first team wingers put on an impressive display against Spurs. Kingsley Coman didn’t get on the score sheet but was a thorn in their flesh by threatening the English side defense all evening. Serge Gnabry meanwhile was the showman; he scored four goals against the North London side.

Despite the positive start to the season for Coman, Ivan Perisic and Gnabry, Bayern Munich wants to improve their attacking ranks further. Die Roten are reportedly planning to reopen talks with Manchester City’s Leroy Sane after they pursued him most of the summer, before getting Ivan Perisic as an alternative.

The City Winger is currently nursing a knee injury which has kept him out since the beginning of this campaign. But despite this injury, Bayern still see him as a suitable replacement for the departure of ex- wingers Ribery and Robben.

According to reports, City offered Bayern Gabriel Jesus, but the German club has their eyes set on Sane.

The German champions want to open talks with Sane in the coming weeks. Uli Hoeness also admitted that Bayern might revive their interest in Sane during the winter transfer market.

With Sane in this current Bayern team, they will boast of an attacking team that will tear defense into shreds. It is up to Niko Kovac to know how Sane will fit in together with Gnabry and Coman.
Bayern host Hoffenheim in the Bundesliga in Matchday 7 as they look to continue to cement their place on the log with 14 points.