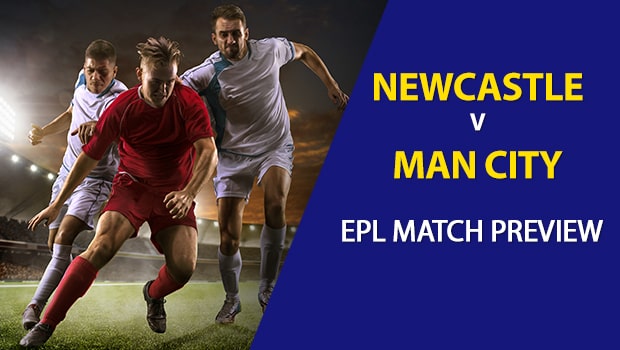 Newcastle looks to bounce back at home following a 2-0 road loss vs Aston Villa their last time out as they host Manchester City this Saturday afternoon at St. James’ Park.

Some Numbers: Newcastle are No. 2 in the league current in terms of total clearances. They are just No. 18, however, in total tackles.

Sergio Aguero has a 57+ percent chance to score this weekend for Man City. He averages 3.8 shots overall per sim, 1.2 shots on goal per and 0.86 goals per sim.

For Newcastle, Ciaran Clark has a 21-to-22 percent chance to score vs Man City. He averages 0.54 shots overall per sim, 0.31 shots on goal per and 0.24 goals per sim. Teammate Jonjo Shelve, Joelinton, Allan Saint-Maximin, and Miguel Almiron all average more shot attempts overall per sim, but are less efficient.

By no means are we saying that Newcastle will win this matchup, or even force a draw. But we’re more confident in them losing by one or two goals, than we are of them losing by 3 or more. The added/side value on this pick – for the match to stay more competitive than picks makers are suggesting – is a four-star (out of four) hot trend pick.