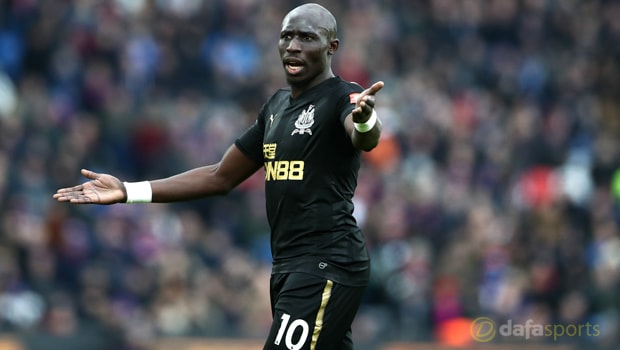 Newcastle midfielder Mohamed Diame says Saturday’s relegation six-pointer at home to Southampton is a “massive game” and he has called on his team-mates to put in a match-winning performance.

The Magpies head into the contest at St James’ Park on the back of a disappointing 2-0 defeat at Liverpool – a loss that ended a four-game unbeaten run.

Rafael Benitez’s men are sitting 16th in the Premier League, one point and one place above Southampton, so victory on Saturday for either team would massively increase their chances of survival.

Newcastle could have been out of the battle against the drop had they been able to hold on to recent victories but, having given up leads against Crystal Palace, Burnley and Bournemouth recently to draw those encounters, they are still fighting for their lives.

Former Senegal international Diame, who has made 22 league appearances this season, wants all three points from the Saints clash.

“They are in the same situation as us, so it is a massive game,” he told the Chronicle.

“It’s an important one. We need to give everything on the pitch.

“We don’t think about the fixture gap, this is a massive game. That’s it. It’s massive for us and it’s like a final that we must win.”

Newcastle are marginal 2.70 favourites to get the win on home soil, the draw is priced at 3.10 while the visitors, who are 4.00 to be relegated, are a 2.80 chance to pick up just their sixth win of the campaign.