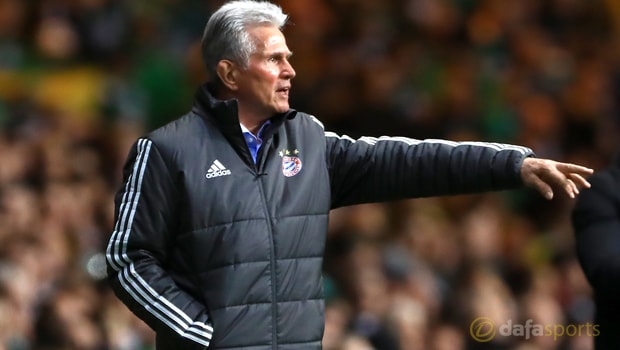 Bayern Munich manager Jupp Heynckes has confirmed Bordeaux star Malcom is being scouted by the German giants and hinted an offer will be made in the summer transfer window.

Brazil Under-23 international Malcom was heavily linked with a move to the English Premier League in January, with Arsenal and Tottenham both showing a keen interest.

A deal failed to materialise, but the 21-year-old is reportedly unlikely to remain on their books next season as a number of top European clubs are keeping an eye on his situation.

The forward has scored eight goals from 25 Ligue 1 appearances this term – already beating his tally from the previous campaign – to help keep his side in the hunt for a top-six finish.

Malcom, who will be hopeful of making Brazil’s 2018 World Cup squad, is still being tipped to move to England in the summer, but Heynckes, who will be leaving his post at the Allianz Arena at the end of the season, has revealed the Bavarians are interested.

“I do not know the player enough,” he told Sport Bild.

“But he’s certainly in the focus of our scouting department, like many other players as well.

[Sporting director] Hasan Salihamidzic has very clear ideas and is driving forward the plans for next season.

“He knows exactly who is in our sights and which players he would like to have. He has high-quality players in mind.”

Malcom will next be in action on Saturday when Bordeaux host Angers and Les Girondins are 1.85 favourites to pick up all three points.