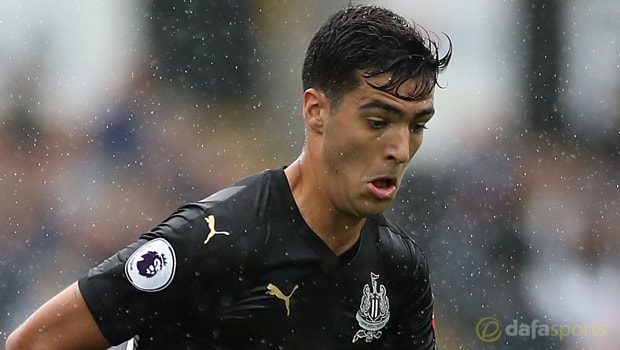 Mikel Merino says he is learning huge amounts from Newcastle United manager Rafael Benitez and the midfielder is confident his game will continue to improve as a result.

Merino has been a revelation at St James’ Park since arriving on a season-long loan from Borussia Dortmund this summer, becoming a vital cog in the centre of midfield.

The Spain Under-21 international has formed a successful partnership alongside Isaac Hayden and the impressive performances have kept Jonjo Shelvey on the bench for the last two matches.

After losing the first two games of the campaign Newcastle have won their last three Premier League matches, keeping clean sheets in two of those outings, and the club have climbed to fourth in the table.

Next up for the Magpies is an away trip to Brighton on Sunday and Merino, who is expected to keep his place in the starting 11, says he is striving to improve as a footballer.

“I’m improving a lot tactically from training with him,” he was quoted as saying by the Northern Echo.

“Physically, I still need to adapt to the league and how it works.

“It’s a different rhythm in this league and he knows it, so he is giving me advice all the time. Not only me, but all the rest of the team too.

Tactically, he tells you what to do, what he wants. I think I am improving, and little by little with his help, I will reach 100%.”

Brighton, who are struggling towards the bottom end of the table, are still 2.70 favourites to pick up all three points, a draw is priced at 3.10 whilst the visitors are a 2.88 chance to leave the AMEX with a win.