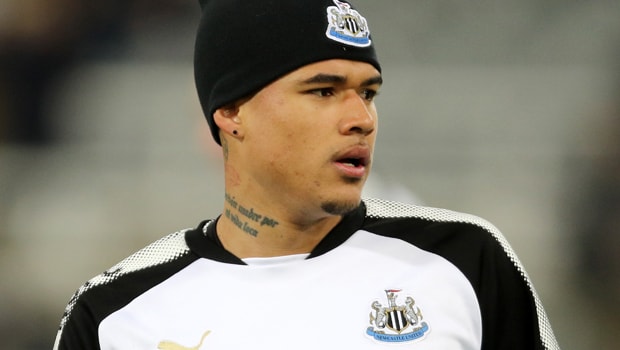 Winger Kenedy insists he will give everything for Newcastle United after the club re-signed him on a season-long loan deal from Chelsea.

The Brazilian joined the Magpies in January as coach Rafa Benitez tried to build a squad capable of avoiding the drop.

His impact was immediate and he scored two goals in 13 appearances to help Newcastle retain their Premier League status.

Kenedy headed to Newcastle on Tuesday for a medical and they have now confirmed the deal, with the midfielder currently in Ireland as part of the club’s pre-season plans.

When asked about his move, he told reporters: “I am so happy with this interest from Rafa Benitez, that he came back for me. I want to keep it going, the work that I did here before, for the new season.

“I have received many, many messages on social media from the fans. They made me feel appreciated, so I wanted to come here in this new season and give everything on the pitch.”

Kenedy becomes the club’s third signing of the summer after the arrivals of goalkeeper Martin Dubravka and midfielder Ki Sung-yueng.

Benitez admitted earlier this week that he could stay at Newcastle for a decade if given the support and has revealed his delight at the deal.

He said: “I’m really pleased to have Kenedy back with us. I’m sure every fan will be happy with this signing.

“Hopefully he can keep playing at the same level that he reached with us last season. I wish him all the best for his time here.”

Newcastle open the season with a home clash with Tottenham and they are 3.60 to grab all three points. The draw is 3.40, while Spurs are 2.05 favourites.