Bernardo out to impress Brazil scouts 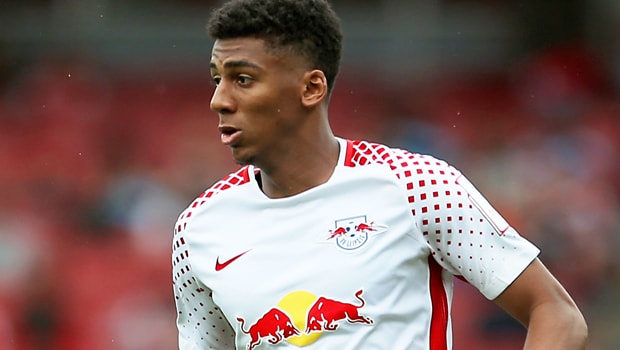 New Brighton defender Bernardo is confident that his move to the Premier League will give him a chance of playing for Brazil.

The full-back joined the Seagulls last week after deciding to leave Bundesliga outfit RB Leipzig after a two-year stay.

The 23-year-old made 40 league appearances last season and scored one goal but it was not enough to impress Brazil coach Tite.

He left him out of his World Cup squad but Bernardo is refusing to give up ahead of the new camapign.

Bernardo featured in both the Champions League and Europa League last season and the former Red Bull Salzburg man is confident his latest move will put him in the spotlight.

“It’s (Leipzig) a small club but it reached second place in the Bundesliga and I was not even on the radar,” Bernardo told Brighton’s website.

“I was a player that played many matches, but my name was not even being speculated.

“Richarlison, from Watford, he is playing for a good club but not in the top six.

Everyone is now talking about Richarlison, so the Premier League brings you to another level, because everyone is watching it.

He will now be doing all he can to impress Chris Hughton before their first game of the new season on August 11.

They take on Watford, with the Hornets 2.30 favourites to win at Vicarage Road. The draw is 3.30, while Brighton are 3.10 to grab a win on the opening weekend.