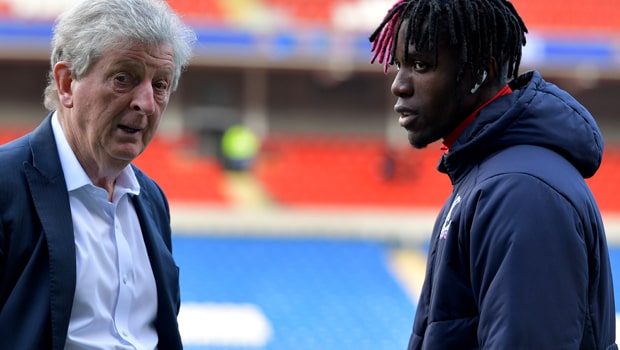 Crystal Palace talisman Wilfried Zaha has told the club he wants to leave this summer, according to media reports.

The winger has been central to the Eagles cause since he returned to his boyhood club from Manchester United, where he failed to establish himself after being given the cold shoulder by David Moyes.

The 26-year-old has been named Player of the Year at Selhurst Park in three of the last four years but still harbours a strong desire to play Champions League football, something Palace are unlikely to provide.

Zaha, who scored ten goals in an impressive 2018-19 Premier League campaign for Roy Hodgson’s team, is reported to be valued at £70m by his club.

Palace will be reluctant to sell their star man, but the recent indications from the talented wide-man suggest they may have their hand forced.

Having moved to Old Trafford from Palace for £15m in 2013, he ended up back at Selhurst Park for a cut-price fee in February 2015 but in a recent interview with the Daily Mail, Zaha indicated the desire to try again at the top level.

“I have to experience the Champions League. I just need the opportunity, that’s it. And I’ll do the rest,” he said last month.

“I’m too ambitious. And not ambitious just to play for a top club, but to win things at club level and with the Ivory Coast.

“For me to be better, to achieve what I know I am capable of, I have to aim to play at the very highest level, to win trophies.

“I’m blessed to have come this far in my playing career. But I feel like there is so much more I have to offer.”