Allardyce turns down Magpies but Bruce in frame 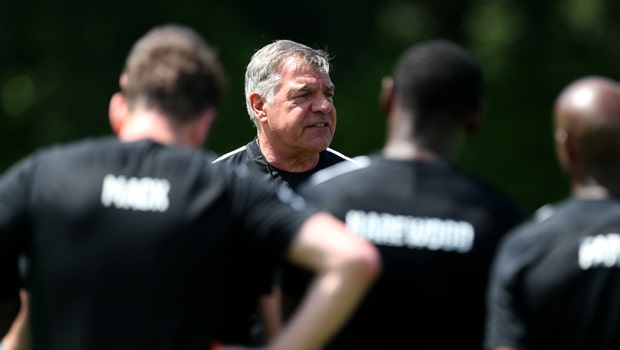 Sam Allardyce admits he turned down the chance to return to Newcastle as Steve Bruce’s name continues to be mentioned in connection with the job.

Allardyce was in charge at St James’ Park between May 2007 and January 2008 before being sacked, with a win percentage of just 33 from his 24 Premier League games at the helm. The 64-year-old’s defensive tactics did not endear himself to the Tyneside faithful and there were not many tears shed in the stands when owner Mike Ashley pulled the trigger.

Spells at Blackburn, West Ham and Crystal Palace followed, while the man from the West Midlands had one game in charge of England, but a subsequent season managing Newcastle’s rivals Sunderland would have been a stumbling block to a return.

‘Big Sam’ confessed that he did not hold talks with the club’s money men and gave a negative response when contacted by his agent. “I was very flattered that I was considered but it’s that thing – don’t go back,” he told talkSPORT.

“It never got to the type of talks people are suggesting but it wasn’t for me. I politely said no.” He added: “It’s not for me. Maybe if it was the first time around I would have jumped at it. I appreciate the offer but I was surprised – I’ve not worked for a full season.”

Bruce, who was born in the north east, appears to be on Ashley’s list of prospective new managers but, like Allardyce, has worked down the road at the Stadium of Light. The 58-year-old was appointed as Sheffield Wednesday manager in January and it remains to be seen what happens, but the much-travelled coach gave little away to reporters.

“As far as I am concerned, I am here, I am going home tomorrow and looking forward to walking the dog,” he told the Sheffield Star. Newcastle are 3.40 to be relegated from the Premier League next term.