Zlatan ‘in no condition’ to start 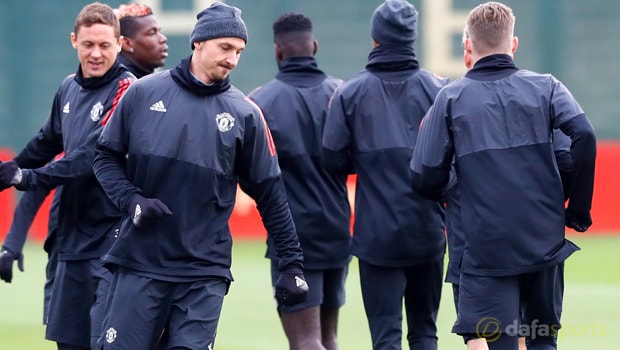 Jose Mourinho has confirmed that Zlatan Ibrahimovic will be on the bench for Manchester United’s Champions League clash with Basel.

The veteran Swede is fit again after a knee injury and returned to action for the last 15 minutes as United beat Newcastle 4-1 on Saturday, his first appearance since last season.

Mourinho does not think the 36-year-old is ready to start a game just yet although he has revealed he’ll increase his game time slightly in Switzerland.

“Zlatan goes on the bench. He needs to play and he is useful for us,” Mourinho told his pre-game news conference.

Ibrahimovic will see action against Basel irrespective of how the game is going, says Mourinho, as he can influence any type of United performance.

“If we are in a winning position, like we were against Newcastle, we need him on the pitch because he keeps the ball, he keeps possession. He drops into areas where he gives stability to the team,” the United boss added.

“If the team is not winning, his presence on the pitch will be important and it will be positive for him to play with (Romelu) Lukaku.

“Normally, he is going to play, and I would say it will be a little bit more comfortable for him to play a bit more than he did the last match.

United have already qualified for the last 16 and will top Group A if they avoid defeat against Basel.