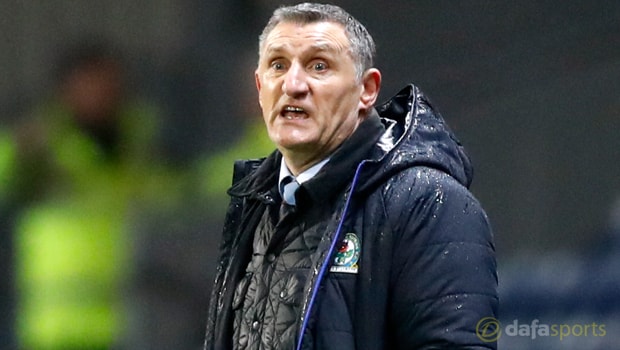 Blackburn Rovers boss Tony Mowbray could scarcely hide his delight following a four-star victory for his team at Oxford United on Tuesday.

A brace from Charlie Mulgrew along with Marcus Antonsson’s strike saw Rovers roar into a commanding first-half lead.

Mowbray admitted there was genuine frustration when Jack Payne scored for the hosts on the stroke of half-time before Joe Nuttall made sure of the points on 71 minutes, with Oxford netting a late consolation to leave the score 4-2.

With a 3-0 win over Bury on Saturday, it means seven goals and six points for Mowbray and Rovers in just four days, enough to leave them secure inside the play-off places in League One, with games in hand on all bar one of their top-six rivals.

“With the way we played, you can’t give anything other than praise,” said Mowbray.

“We talked about starting quickly on the back of the weekend, we knew Oxford are a good side that can pass through you.

“They’re the top scorers in the league, so we wanted to take them out of their stride, which we did exceptionally well early on.

“It was so frustrating to lose the goal at the end of the first half, it could have been prevented, so it was a frustrated dressing room at half-time instead of a positive one.”

Mowbray has now quickly tasked his players with focusing on the visit of Bristol Rovers to Ewood Park on Saturday.

Facing a team currently in 17th place, the Blackburn boss is not willing to accept a slip-up.

“We have to rest and recharge before the weekend now. Bristol Rovers is a game we can’t lose, we have to have massive focus and high adrenaline levels,” he added.

“We need to get the job done, get three points again at the weekend.”

Blackburn are 1.80 to beat Bristol Rovers on Saturday while they are now 6.50 to win the League One title this season.