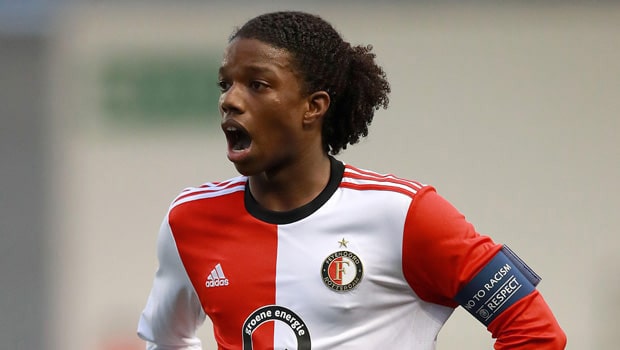 Since Erik ten Hag arrived at Manchester United, there has been much speculation about the signings the Dutchman requested to build the club’s new project and bring back the glory to the Red Devils.

Finally, Manchester United announced their first signing of the season by taking over Tyrell Malacia. The Dutchman arrives at Old Trafford after paying 15 million euros to Feyenoord.

Malacia has signed a contract until June 2026, with the option to extend it for another year.

The Dutch left-back has made 136 appearances for Feyenoord and has represented his country at all levels, from Under-16 to the top flight, with five full international caps to his credit.

“It’s an amazing feeling to have joined Manchester United. This is a new chapter for me, a new league with new teammates and a tremendous manager [Erik ten Hag] leading us. I know, from playing against their teams in the Eredivisie, the qualities it has and what it demands of its players,” Tyrell Malacia said.

“Tyrell is ready to make the leap abroad. I like him because I identify with him a lot. He grew up in the Feyenoord youth academy, made the leap to the first team and now he can go out”, recognized Giovanni Van Bronckhorst, who directed Malacia in his Champions League debut.

Malacia, of 1.69 meters, stands out for his dynamism and significant deployment on the left-handed side. “I think he is a very strong player defensively. He has been for a long time. I think his big jump this season has been with the ball,” underlines his last coach,  Arne Slot.