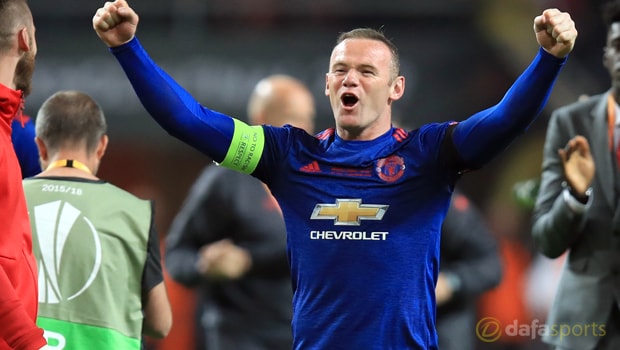 Rooney, who has been at Old Trafford since 2004, fell down the pecking order under manager Jose Mourinho last season and there are serious question marks over his future at the club.

The England international, who has also lost his place in the Three Lions set-up despite being captain, only made 15 Premier League starts in the previous campaign, scoring only five goals.

Zlatan Ibrahimovic was the number one choice up-front last term whilst Marcus Rashford and Anthony Martial were the preferred back-up options when it came to replacing the Swede.

United, who are 4.33 to win the 2017/18 Premier League, are expected to bring in another striker this summer and there are several reports suggesting a move for Real Madrid’s Alvaro Morata is close to being completed.

This would send Rooney further down the pecking order and he is being tipped to leave the 20-time English champions in search of more regular first-team football.

China has been mooted as a potential destination and Eriksson, who was recently sacked as Shenzhen FC manager, believes the Red Devils skipper would benefit from a move to the CSL.

Speaking to the Daily Mail, he said: “I hear a lot that China is not a good place to live for foreign people but that could not be further from the truth.

“I haven’t spoken to Rooney for a long time, so I don’t know what he is thinking, but if he went to China I think he would have a positive experience.”