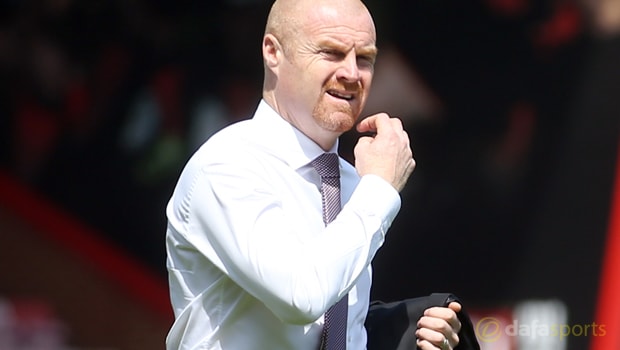 Sean Dyche admits Burnley fans need to temper their expectation levels in the transfer market with the English manager saying the club don’t have the financial power as others in the Premier League.

Dyche did a fantastic job of keeping the Clarets in the Premier League last season, leading the club to a 16th-place finish – a comfortable six points above the relegation zone.

Burnley did break their transfer record twice in the previous campaign, firstly when signing Jeff Hendrick from Derby County for £10.5million and then when spending £13m on Robbie Brady from Norwich City.

Another year in England’s top flight will bring about more TV money and many fans are expecting the club to shell out lots of money on new signings this summer.

However, Dyche says the Lancashire-based outfit are still nowhere close to the other teams in terms of finances and the supporters need to be patient when it comes to spending in the transfer market.

“We’re one of the rare clubs who looks more like a business model than most, and it’s sort of because it has to,” he was quoted as saying by the Burnley Express.

“The board here are not trying to keep it all back, they’re saying the ongoing running of the club is as important as the here and now.

“There is a business angle and a football angle, and trying to combine the two is where it gets really tricky.

The hand goes in the hat and we just hope there’s another rabbit there.”

Burnley, who are 2.25 to get relegated next season, open their 2017/18 Premier League campaign with a trip to Stamford Bridge to take on defending champions Chelsea.

The Blues are 1.20 favourites to pick up all three points, a draw is priced at 7.00 whilst the visitors are the 11.00 outsiders to pull off a shock result.