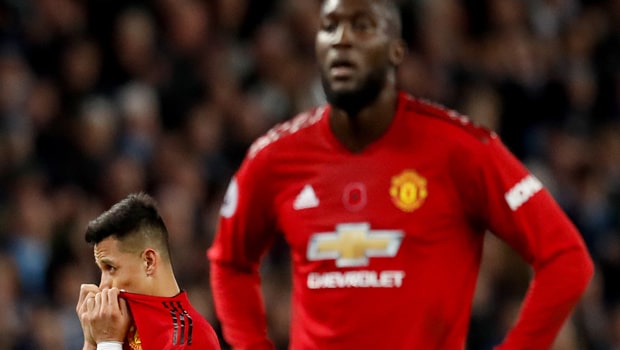 Romelu Lukaku has told his Manchester United team-mates they must deal with any criticism that comes from manager Jose Mourinho.

The Red Devils squad remain behind their boss, according to the Belgian forward, and must learn to be accepting of anything the Portuguese feels he needs to tell them.

A number of United players, including Paul Pogba, Alexis Sanchez and Luke Shaw, have come in for some scorn from Mourinho during his stint at Old Trafford.

Pogba was involved in a training ground bust-up with Mourinho in September after being stripped of the vice-captaincy.

The French ace has routinely been linked with the exit door. Lukaku himself fell foul of Mourinho last month when he was dropped for the home win over his former club Everton.

Mourinho still commands the respect of the United dressing room, however, and Lukaku says it is up to individual players to accept the criticism that may come their way at certain times.

“I think he has a good relationship with the players,” Lukaku told Bleacher Report.

“I don’t really pay attention to what his relationship is with the other players, to be honest. I don’t think it’s something that should affect me.

Following their derby-day loss at neighbours Manchester City before the international break – where Lukaku came off the bench to win a second-half penalty in the 3-1 reverse – United are eighth in the Premier League.

Mourinho’s men are 1.40 favourites to beat Crystal Palace at Old Trafford on Saturday. The Eagles are 8.00 while the draw is 4.50.