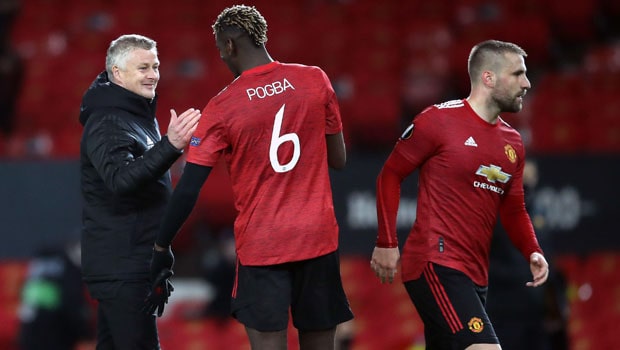 Manchester United has been handed a tight fixture schedule as they going to play four games in nine days after the Premier League rescheduled their postponed Premier League fixture against Liverpool.

Manchester United was supposed to have played Liverpool at Old Trafford last weekend, but the match was postponed after fans invaded Old Trafford in protest against the Glazer family, owners of the club.

The incident saw nothing less than 200 fans breaking into the pitch of the Old Trafford, while police also say that 6 of their men were injured during the protest.

The match has now been rescheduled for Thursday, May 13 and it has forced the Red Devils tie against Leicester City to move forward to Tuesday, May 11.

Ole Gunnar Solskjaer’s side is already in Italy ahead of their Europa League semi-final second leg tie against Roma. The first leg ended 6-2 in favor of the Old Trafford side.

They will face Aston Villa in the Premier League on Sunday after the UEFA Europa League second-leg fixture Italy.

Arsenal would also play in the second leg semi-final of the Europa League on Thursday as they face Villarreal at the Emirates Stadium, in a bid to secure a place in the final.

The Gunners lost 2-1 away to the Yellow Submarines at the La Ceramica last week and they need to win outright without conceding or with a two-goal margin to secure the final ticket.

Mikel Arteta tutored side will be playing in the final of the UEFA Europa League for the 2nd time in many years if they manage to qualify.

The Europa League remains their only chance of making it to the UEFA Champions League next season after a poor run in the Premier League.