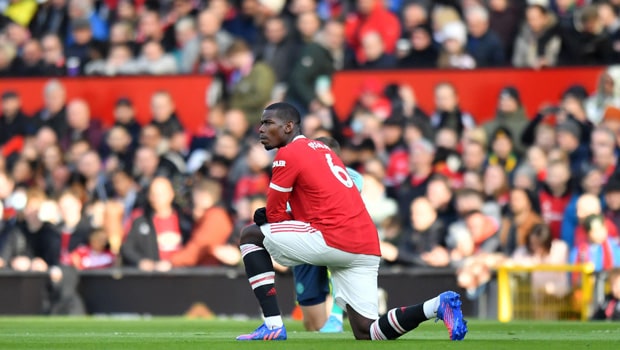 Paris St. Germain have reportedly started a bid to secure Paul Pogba by submitting a formal offer as he looks set to leave Manchester United for free this summer.

The terms of the deal offered by PSG are said to be lower than the final package United offered to Pogba in an attempt to convince the Frenchman to remain at the club.

The 29-year-old is also open to joining PSG but is reported to prefer a return to Italian Serie A giants Juventus. Paul Pogba initially had interest from Real Madrid. However, the interest from the Spanish club subsided ever since former manager Zinedine Zidane left the Santiago Bernabeu last season.

PSG have brought in a number of marquee signings in the last few months. They signed Gianluigi Donnarumma, Sergio Ramos, Georginio Wijnaldum, and seven-time Ballon d’Or winner Lionel Messi when their deals expired last summer. Hence, it would definitely come as no surprise if PSG tried to sign Paul Pogba.

World Cup winner also looks set to leave Manchester United when his contract expires at the end of the current Premier League season.

The Red Devils have been locked in contract renewal talks with the former Juventus star throughout the campaign, but negotiations have not made any progress. According to close dressing room sources,  the player has been described as ‘effectively gone’ as he approaches the final two months of his deal.

The Frenchman expected to have a massive career at Manchester United after his blockbuster return to the club for a then-world record transfer from Juventus back in 2016.

However, he is now into his sixth season at Old Trafford and has endured a topsy-turvy ride for the Premier League club and recently expressed his displeasure over winning just two trophies since he came to England.

Meanwhile, PSG winger Angel Di Maria has attracted interest from Juventus. The Argentine’s time with Paris Saint-Germain appears to be ending, with the 34-year-old’s contract expiring in June. According to Gazzetta Dello Sport, Juventus have already planned to bring in the veteran forward to help strengthen their attack.