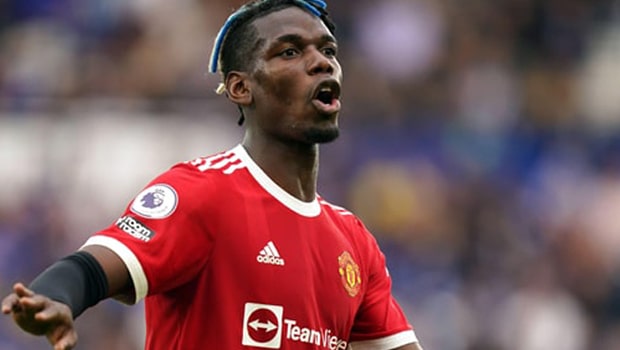 Indications have shown that France midfielder Paul Pogba is very close to signing for Juventus.

As part of a complete revamp of their midfield, it was reported that only Manuel Locatelli is guaranteed to remain.

This means the Turin giants are set to sell some of their midfielders.

Pogba is about to complete his return to Turin Stadium just six years after his €105m transfer to Manchester United. After Juventus had smiled to the bank, they are about to welcome the Frenchman back to Turin as a free agent for the second time.

It was reported that there was a meeting with lawyer Rafaela Pimenta on Thursday, and everything went successfully. In the meeting, they agreed to all the terms, and he will undergo a medical to sign the three-year contract with an option for a fourth season in the first week of July.

Tuttosport reports that this marks the beginning of a complete revamp of the Juventus midfield.

As only Locatelli is sure to remain as part of the squad going into the 2022-23 campaign, Adrien Rabiot is in the final season of his contract. He might secure a move to the Premier League. He has a price tag of €15-20m on him. The likes of  Manchester City, Liverpool, Tottenham Hotspur, and Chelsea might jump on that offer.

It was also reported that Arthur Melo, who almost left for Arsenal in January, remains on the way out.

Aaron Ramsey, who has been out of the squad before securing a loan move in the winter transfer, is negotiating to terminate his contract by mutual consent a year early.

While this will get his salary off the books of Juventus, the Welshman wants €4m, while Juventus are offering at most €2m.

Also, Weston McKennie, who made a promising start in his Juve career, is being linked with a Premier League move.

Having recovered from a fracture in his foot, he could also leave.

Another January recruit, Denis Zakaria, could also leave. With just six months with Juve from Borussia Monchengladbach, the Switzerland midfielder could be sold if they receive the right offer.