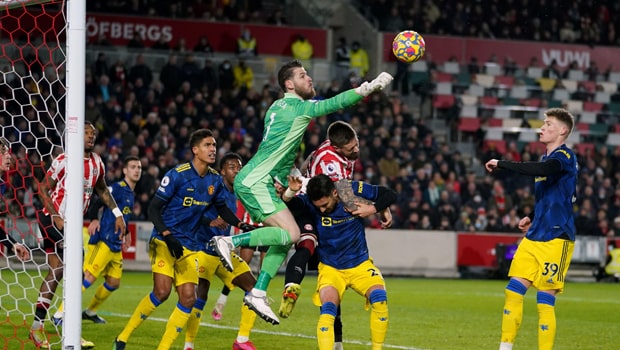 Manchester United interim head coach Ralf Rangnick heaped praise on the team’s goalkeeper David de Gea after his impressive performance against Brentford at the Brentford Community Stadium on Wednesday. The Red Devils bagged three crucial points as they defeated the home team by 3-1.

The first half ended in 0-0 courtesy David de Gea as the Manchester United custodian was at his best as he made some crucial saves to keep his team at parity.

Brentford dominated the first half as they came with fine offensive play but the Spaniard stopper kept them at bay. De Gea made as many as four saves in the first half.

Rangnick said, “He has been doing that for the past few weeks, brilliant saves in the first half, one of the best goalkeepers in the world right now I would say.”

On the other hand, Manchester United came up with a much better performance in the second half. Anthony Elanga scored the opening goal for the Red Devils while Mason Greenwood and Marcus Rashford scored the second and third goal respectively through counter-attacks. The German manager reflected on what was the difference between the two halves for the team.

“I wouldn’t say [we had] a strong conversation [at half-time[ but obviously we had to change a few things and the first half we were not good in almost all aspects of the game – sloppy passing, not strong enough in the 50/50 situations, and we gave away almost every second ball. In the second half, we were more urgent, we were attacking them higher up the pitch, we were taking the right positions when we were on the counterattack, and we scored. This was the big difference.”

Meanwhile, Cristiano Ronaldo was furious after he was subbed by Rangnick in the 71st minute to bring in Harry Maguire. However, the manager explained that he did it for the benefit of the team.

“The only reaction out of it was that he was asking me, ‘why me? why do you take me off’ and I said, ‘listen, I have to take the decision in the interest of the team’ and we had exactly the same situation five days ago at Villa Park, 2-0 up with 15 minutes to play, and of course we didn’t want to make the same mistake again. I decided to switch to a back five with Harry Maguire and bring on Marcus [Rashford] as another fast winger on the right-hand side and I think it was the right decision. Cristiano was not happy, he’s a goalscorer, he would have wished to stay on and score, but it was more important for us to be compact, to have enough legs and [make] strong headers to defend their set pieces. When we scored the third goal, I said exactly that to him. I understand you want to score yourself, but maybe in a couple of years when you’re a head coach yourself, you’ll take the same decision.”

Manchester United will next host West Ham at Old Trafford on Saturday.