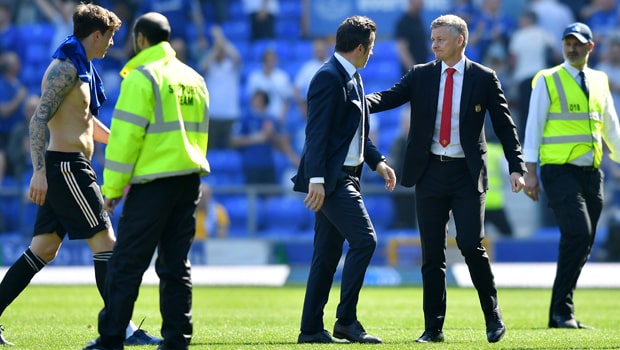 Manchester United boss Ole Gunnar Solskjaer has warned his squad that the club will not carry players into next season.

The Norwegian is planning to rebuild his squad over the summer as he tries to end United’s wait for another Premier League title.

The Red Devils were knocked out of the Champions League in midweek as they suffered their heaviest-ever aggregate defeat in a European match.

Solskjaer’s men lost 4-0 across the two legs while they are sixth in the Premier League table ahead of Sunday’s meeting against Everton.

United have now lost five of their last seven games and Solskjaer is adamant that the club will not carry passengers anymore.

Alexis Sanchez is being linked with the exit door, while Ander Herrera, Juan Mata, Antonio Valencia, Matteo Darmian and Marcos Rojo are also set to leave. When asked about his plans, he told the Telegraph: “As a club we cannot carry players.

“Everyone has to take ownership, keep improving, show that hunger that you want to get better individually and as a team. “I’m not just talking about Alexis (Sanchez).

Everyone is under the same demands. But if we are talking about Alexis, he hasn’t been lucky with injuries.

“Since I came in, he’s had two long-term injuries and that hasn’t been beneficial to him. Some other players have had injuries as well. But I see the characters we have. I am looking at who we should keep, who we should move on.

“Alexis has got a fantastic talent when he’s at his best level. Now we want him performing for us.”

United face difficult games against Everton, Manchester City and Chelsea before the end of the season and they are now priced at 3.75 to finish in the top four.