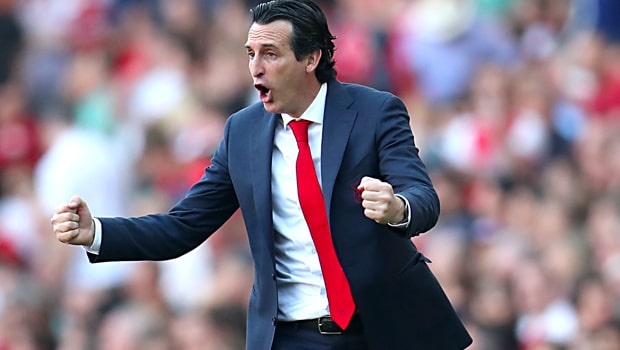 Arsenal manager Unai Emery believes his team continues to improve under his stewardship, but he admits his side need to “win something important”.

The Spaniard has enjoyed a superb start to life at the Emirates Stadium, winning 32 of his first 50 games in charge.

That puts him ahead of all other Arsenal managers, with former boss Arsene Wenger winning nine less during his tenure.

Emery has guided Arsenal into the semi-finals of the Europa League while they are also still able to finish third in the Premier League this year.

Valencia are next up in Europe, although Arsenal must stay focused on their top-four challenge for now as they prepare to take on Crystal Palace on Sunday.

Emery admits he is proud of his players, but has asked them to go out on a high and win something this season.

He told Sky Sports: “It’s great for us as a team and great for me as a coach, but I want to win all of the matches I play.

“We want to play next season in the Champions League, but we know it is going to be difficult. We need our focus to be 100 per cent, we need everybody concentrated.”