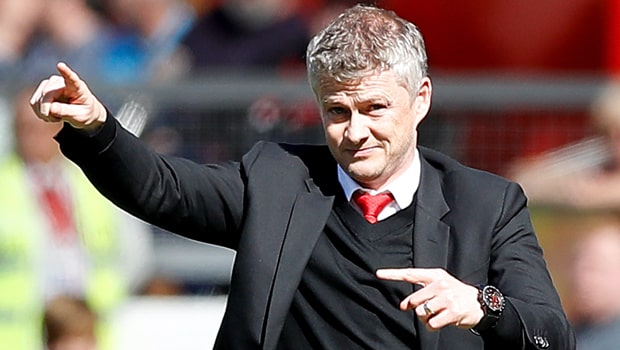 Manchester United boss Ole Gunnar Solskjaer says there will be no excuses if his team fail to improve next season.

After a sharp improvement after his arrival back at Old Trafford, including a remarkable turnaround to beat PSG in the Champions League, United slumped again towards the end and were left to reflect on a season of disappointment.

Solskjaer replaced Jose Mourinho midway through the season but ultimately couldn’t turn their fortunes around. His new team finished sixth, missing out on Champions League qualification, ending 32 points behind neighbours City who won the title.

United return back for pre-season training on July 1 and will then be on tour across Australia, Singapore and China before the new campaign begins.

Solskjaer says he won’t be spending too much time relaxing over the summer and is intent on his team making a strong start to the season.

He told MUTV: “We’re going to sit down and go through all the plans with the physical coaches and with the coaches and we’ll be ready when July 1 comes. There are not going to be any excuses.”

United ended the last campaign poorly getting just eight points from a possible 24, ending with a draw and then a defeat against already-relegated Huddersfield and Cardiff.

“You can’t forget about last season. You have to learn from your mistakes as well. We want to learn more from what we did right,” he added.

United have pre-season games in Australia against Perth Glory and Leeds United before travelling to play Inter Milan in Singapore and then Tottenham in Shanghai before returning to the UK to face AC Milan in Cardiff.

There is still football to be played this season with both European finals all-English affairs, Liverpool taking on Tottenham in Madrid next Saturday in the Champions League final.