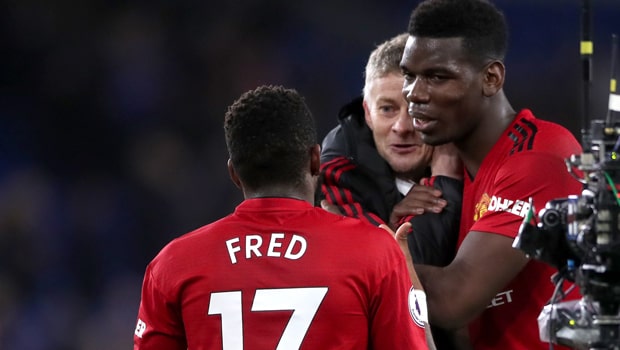 The Norwegian has won all five of his games at the helm since being drafted in as Jose Mourinho’s replacement at Old Trafford.

Victories over Cardiff, Bournemouth, Huddersfield, Newcastle and Reading have raised spirits and helped United get back on track.

However, they now face their toughest test yet under Solskjaer’s tutelage when they go up against third-placed Tottenham, who are priced 21.00 to win the Premier League.

After beating the Royals in the FA Cup on Saturday, the Red Devils have spent a few days at a warm-weather training camp in Dubai.

But Pogba sat out of the third-round clash and hasn’t been involved in training in the Middle East due to a knock sustained in a challenge with Jonjo Shelvey.

Solskjaer is hoping to have the World Cup winner back in training over the next few days as they look to build up his fitness ahead of the trip to the national stadium.

“Paul [Pogba] has had his knock and has had a few days of treatment back home,” Solskjaer told United’s official website.

“Hopefully, we can get Paul on his feet during this week.”

Meanwhile, defender Marcos Rojo, who has made just three first-team appearances this season, has been sent home from their training camp to continue his recovery in England.

Solskjaer added: “Marcos [Rojo] has gone back home because his injury is taking a bit longer than we thought.”