No more strikers for Jose Mourinho 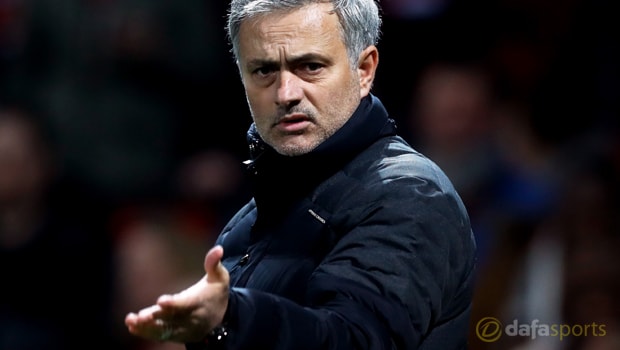 Manchester United boss Jose Mourinho has indicated he is happy with his attacking options after deciding against bringing Javier Hernandez back to Old Trafford.

Mourinho has previously questioned the decision of predecessor Louis van Gaal to allow the Mexican attacker to move on, but he opted not to move for Hernandez this summer.

Instead, United are likely to line up against the striker in the opening round of fixtures after Hernandez departed Bayer Leverkusen for West Ham.

Mourinho did splash out on Romelu Lukaku earlier this summer to bring the Belgium international in from Everton, with Anthony Martial and Marcus Rashford other options for the central role in attack.

It has also been speculated Zlatan Ibrahimovic could be offered a deal when he recovers from injury after he was released at the end of last season.

Mourinho says he admires Hernandez but “didn’t feel that need” for the 29-year-old in his squad – an indication he is now looking to strengthen in other areas before the transfer window closes.

“He’s a good player, he’s a player that will always score goals, so he is a player I would always welcome in my squad because he doesn’t need many minutes on the pitch to score a goal,” said the United boss.

“But we moved in another direction and a younger player in [Romelu] Lukaku.

We have [Marcus] Rashford that can be also a striker, he is originally a striker, so we didn’t feel that need.

“But no doubt that for West Ham, to get a player with his experience and his quality, is very, very good.”