No split loyalties for Daley Blind 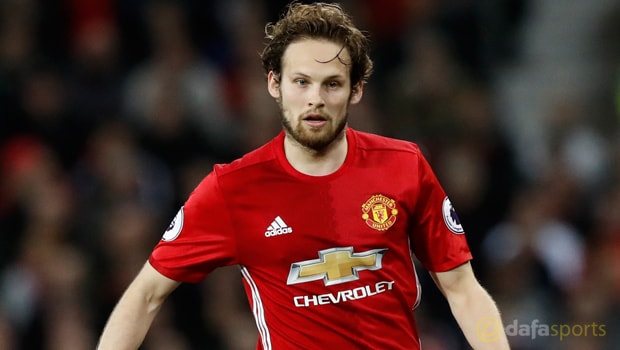 Daley Blind says he will be giving everything to help Manchester United defeat boyhood club Ajax on Wednesday when the two teams meet in the Europa League final at the Friends Arena in Solna.

Blind joined Ajax’s youth ranks back in 1998 and made the step up to the senior side in 2008, where he spent six successful years before making the switch to Old Trafford in 2014.

The 27-year-old defender, who can also be deployed in defensive midfield, arrived in the Premier League with four Eredivisie titles whilst he was also named Dutch Footballer of the Year in his final season in Amsterdam.

More success has followed for the Holland international since joining the 20-time English champions, with an FA Cup, League Cup and Community Shield added to his collection.

Picking up the Europa League on Wednesday would arguably be the most important trophy for the Red Devils with a victory guaranteeing a place in the Champions League next season.

Blind admits it will be strange going up against his former employers but he insists his only focus is on helping his current club win a second major trophy of the season.

“Everybody knows I support Ajax, I am from Amsterdam and I played there since I was seven, but now I am at United I am a Red and I want to win this final more than anything in the world,” he said.

“It will be a special evening for me but I will prepare like my team-mates and be ready to do my utmost.”