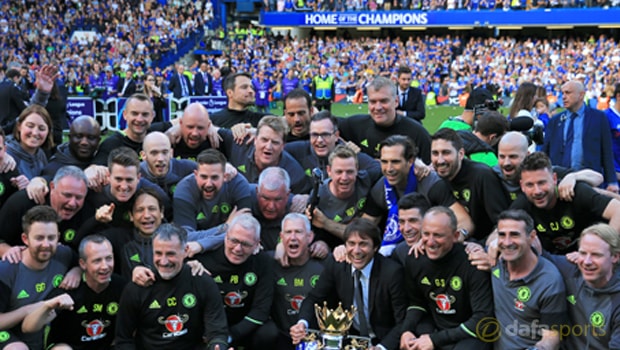 Manager Antonio Conte has warned Chelsea they must continue to put in the hard work if they are going to repeat their title-winning campaign next season.

Conte arrived at Stamford Bridge last summer and the Italian tactician has guided Chelsea to their second Premier League title in the space of three years.

The Blues have been largely unstoppable since making the switch to a 3-4-3 formation after the disappointing 3-0 defeat against Arsenal at the Emirates back in September.

One trophy is already in the bag and the London club could make it a domestic double on May 27 when they go up against the Gunners at Wembley in the FA Cup final.

Arsene Wenger’s men, who are 12.00 to win the league title next season, are the 2.63 outsiders to win the Cup outright whilst the English champions are the 1.50 favourites.

A busy summer is expected at Chelsea and the club have been heavily linked with making an offer for Real Madrid striker and Spain international Alvaro Morata.

Conte has spoken about the 2017/18 Premier League campaign and he says his players must work even harder if they are going to be lifting the trophy for a second straight year.

“We must have a winning mentality,” he was quoted as saying by the Standard.

“If you have the winning mentality, you want to continue to win every season.

“It’s not easy because, above all in England, there are many, many teams who want to do the same things.

But we have to continue to work very hard, maybe stronger than this season, to try to repeat a good season.”

Chelsea are priced at 4.33, the same as Manchester United, to win the title next season whilst Manchester City, led by Pep Guardiola, are the 3.25 favourites.