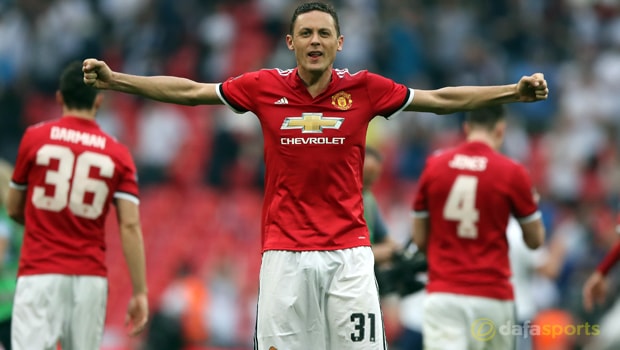 Nemanja Matic believes Manchester United must recruit more experienced players if they are to challenge for the Premier League title next season.

The Red Devils finished second to neighbours Manchester City this season, a feat Matic hailed as an improvement, but he doesn’t feel the required experience is in the dressing room to close the gap on Pep Guardiola’s champions.

United were defeated by Matic’s former team Chelsea in Saturday’s FA Cup final at Wembley and left the Serbian in a reflective mood.

“I think we need some players with some experience to bring some more qualities to our team,” Matic said.

“After that, we can fight for the title and the Champions League also. I think that we have improved. As you know, United last year were sixth. The year before that, fifth.

“So we improve, we are second. The only team who is better than us this year is Man City. Obviously, they play amazing football. But we are second and we are in the Champions League next year which is the most important thing.”

Manager Jose Mourinho spent almost £170m last summer, along with the arrival of Alexis Sanchez in a straight swap for Henrikh Mkhitaryan from Arsenal in January but Matic doesn’t feel they had the nous to wear down his former club.

“As you saw in the game, we tried to play – we played good football – but Chelsea have some players that can punish every mistake like Hazard did so we have to accept to see where we can improve and next year to try and win some trophies,” he added.

Manchester United are 7.00 to win the Premier League title next season, while Manchester City are 1.67 to retain their crown.