Champions City aiming to get stronger 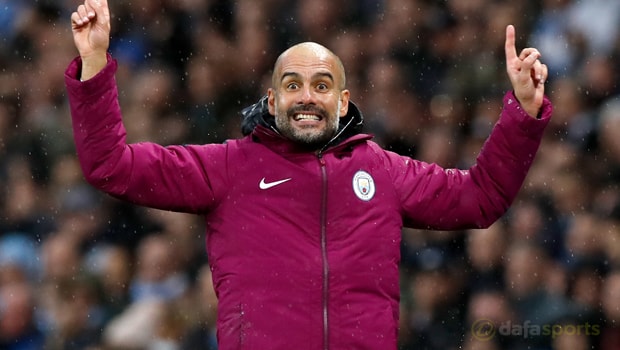 Manchester City chairman Khaldoon Al Mubarak has vowed the club will be aiming to strengthen a winning formula in their transfer dealings this summer.

Pep Guardiola’s side landed a record-breaking Premier League and League Cup-double this season and the Spaniard last week signed a three-year extension on his deal at the Etihad Stadium.

City failed to defend the Premier League title they won so dramatically in 2014 and they must learn from that if they are to become the first back-to-back champions since Manchester United in 2008/09, according to their chairman.

“In terms of improving the squad, we have had a lot of learning in the past. Today, we have a superbly high-quality squad,” Al Mubarak told City TV.

“You don’t get to 100 points without a full, high-quality squad, which is what we have. Any additions have to improve the squad.

“This is my biggest learning from the years of chairing this club. When winning, bringing in new players is a very important decision because you have a winning formula that has just won.”

Guardiola insisted last week the club cannot afford to maintain their big spending but Al Mubarak is keen to attract the right players this summer.

“Whatever you can add, it has to be a decision that you don’t take very lightly at all. You have to bring in players that will strengthen, improve and add competition into the squad – that is key,” he added.

Manchester City are 1.67 to retain their Premier League next season while Liverpool are 6.00 to be champions.