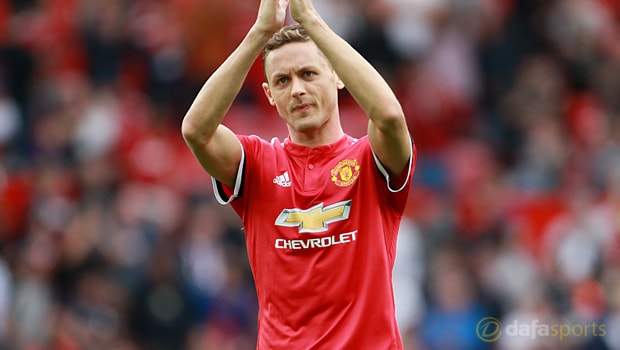 Nemanja Matic has warned Manchester United they can’t afford many more results like the one at the Stoke Stadium on Saturday if they are going to lift the Premier League title.

United, who had won their first three league matches before the international break, were hoping to make it four in a row on Saturday when they made the tricky trip to Staffordshire.

Eric Maxim Choupo-Moting gave Stoke the lead on the 43rd-minute but the Red Devils responded quickly when Paul Pogba’s header hit the back of Marcus Rashford’s head before rolling over the line, levelling the scores on the stroke of half-time.

Belgium international Romelu Lukaku put the visitors ahead before the hour mark but the lead didn’t last for long as Choupo-Moting headed an equaliser on the 63rd-minute.

Neither side were able to find a winner, taking a share of the spoils, but the point has lifted United back to the top of the table, replacing Manchester City who had temporarily gone top after thrashing Liverpool 5-0 earlier that day.

Serbian Matic, who arrived from Chelsea this summer, says his side can’t make the result against the Potters a habit if they are going to become 21-time English champions this season.

“If we want to be champions, we have to win games like this because in these games, if you win, you are champion,” he told MUTV.

“We have to know against teams like this you have to have a little bit more, you have to be concentrated and of course we’re not happy with a point.”

United return to league action on Sunday when they play host to Everton but the Red Devils will have to deal with a Champions League clash at home to Basel on Tuesday.

Jose Mourinho’s men are 1.18 favourites to pick up all three points against their Swiss opponents, a draw is priced at 6.50 whilst the visitors are massive 15.00 outsiders.