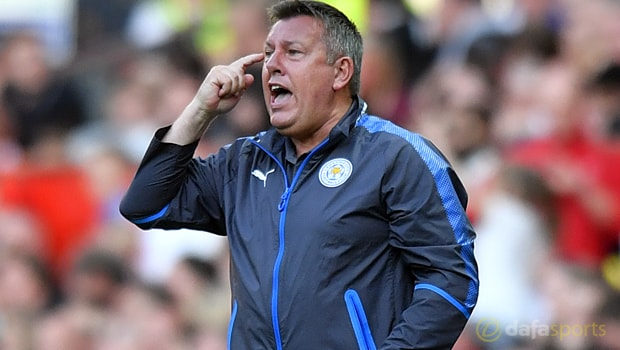 Leicester City manager Craig Shakespeare says the mood is still positive within the squad despite Saturday’s loss to Chelsea and attentions are already fixed on the upcoming clash against Huddersfield Town.

Leicester have endured a difficult start to their Premier League campaign and the 2-1 defeat to defending champions Chelsea at the King Power Stadium made it three losses from four.

The Foxes, who have also gone down to Arsenal and Manchester United this term, only have one win to their name, a 2-0 home triumph over Brighton and Hove Albion in the second week of the campaign.

England international Jamie Vardy has been in good form for the 2015/16 Premier League champions, bagging three goals already, and he is 26.00 to finish as the league’s top goalscorer.

Algeria international Riyad Mahrez has also remained at the club after his summer exit failed to materialise and he will be hoping to keep his performance-levels high in a bid to secure a January exit.

Shakespeare’s men face a crucial clash away at Huddersfield on Saturday and the manager is confident his side will be able to come away from the John Smith’s Stadium with a positive result.

“We said the first six games would be a challenge,” he said.

“But we go again and have to dust ourselves down. We have a very important game against Huddersfield next week.

“Of course we have to stay positive as a group because we knew that the first six games were going to be difficult, playing the top four in that and the reigning champions in Chelsea.”

Leicester are the narrow 2.50 favourites to clinch their second win of the season, a draw is priced at 3.40 whilst the Terriers, who have made a good start to life in England’s top flight, are a 2.88 chance.