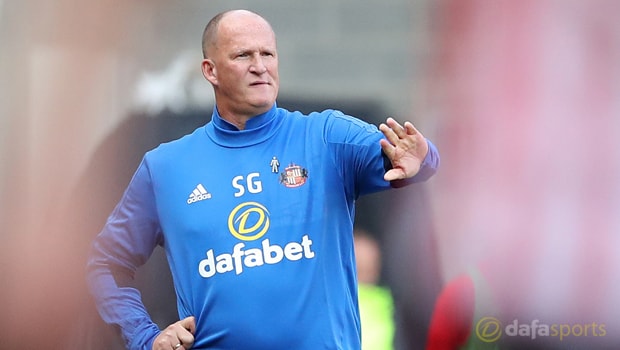 Sunderland manager Simon Grayson says his side need to be mentally tougher when they concede goals after watching his side succumb to a third Championship defeat of the season on Saturday.

Sunderland have made a disappointing start to their Championship campaign and the 2-1 defeat to Sheffield United at the Stadium of Light has seen the club slide further down the table.

The Black Cats are languishing down in 20th position, having tasted just one victory from their opening six matches, and there is already immense pressure on the shoulders of Grayson.

Saturday’s defeat has extended the north east outfits poor home record and the club have not triumphed in their own backyard since beating Watford 1-0 in the Premier League in December last year.

Deadline-day signings Jonny Williams, Marc Wilson and Callum McManaman did feature in the loss and the trio, although ending up on the losing side, produced positive performances.

Sunderland have now conceded 10 goals this season – the sixth worst defensive record – and Grayson admits his players need to become mentally stronger if they are going to turn around their fortunes.

“You can sense there is a bit of confidence drained out of the team when we concede, something that hasn’t just been a problem this year, over a number of years,” he said.

“We have to overcome that problem and obstacle very quickly. It can change very quickly, you can sense when the goal went in ‘here we go again, start well and concede’.”

Sunderland return to action on Tuesday when they play host to Nottingham Forest and the home side are 2.10 favourites to pick up all three points, a draw is priced at 3.50 whilst the visitors are also a 3.50 chance.