Matteo Darmian: Marcus Rashford can be one of the best 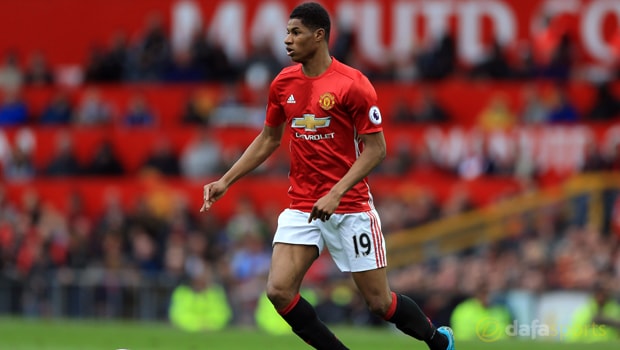 Manchester United striker Marcus Rashford has the potential to be one of the most important payers in the world, according to team mate Matteo Darmian.

The England international netted his fifth Premier League goal of the season on Sunday as he helped the Red Devils to claim a 2-0 win over Chelsea at Old Trafford on Sunday.

Rashford now has 16 senior goals to his name with United, who are priced at 2.15 to win the Europa League, after breaking on to the scene under Louis van Gaal last term.

The 19-year-old has continued to impress since forcing his way into the senior picture with his boyhood club despite seeing his chances restricted under Jose Mourinho.

Zlatan Ibrahimovic’s arrival last summer has limited Rashford’s opportunities but Darmian believes he has the potential to become one of the best in the world.

Darmian expects that Rashford will continue to develop along with good company in the United squad, and predicts he can help the club to achieve their objectives as they remain in the hunt for a top-four finish and a Europa League crown.

“Marcus is a great player and he’s still very, very young. I think he’s very important for us with his quality.

He can be one of the top players, one of the most important players in the world, because he’s very good in every part of the game.

“He has a very good shot, good movement, speed and like a striker sometimes every ball that he touches he scores.

Sometimes it’s also normal that they have a period where they don’t score.

But I hope he can continue like this, to help the team reach the objectives.”