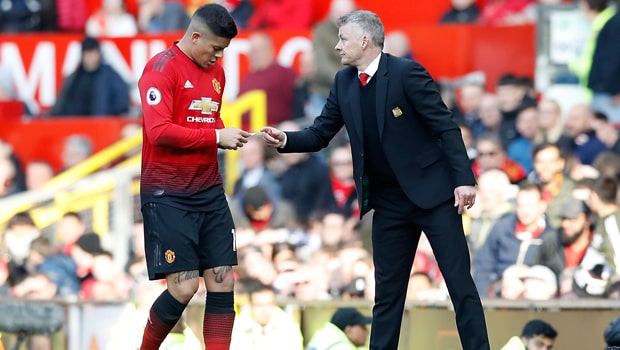 The Argentina international has only made eight appearances this season in all competitions, with injuries derailing his progress.

Solskjaer used Chris Smalling, Victor Lindelof and Phil Jones as his regular defenders and many expect Rojo to move on this summer.

The 29-year-old signed a three-year contract extension in 2018 before he suffered a cruciate knee ligament injury and he claims he wants to remain with the Red Devils.

He told El Dia: “For now I would like to stay at United. “I spoke to the manager before the end of the season and we spoke about his plans for me.

“He said that I was in his plans, that I’m an important player and that he wanted me to return to full fitness, to be able to count on me in the first team.

“It’s now time to rest and spend time with my family before returning to England.” Rojo has been linked with Boca Juniors after he returned home to start training but he claims he wants to return to Estudiantes when he finishes his playing days in Europe.

He added: “Boca is a great team, but for now I want to keep playing in Europe.

United are expected to struggle once again in the Premier League next season but punters can back them to win the title at odds of 19.00.