Aston Villa season a failure for John McGinn, so far 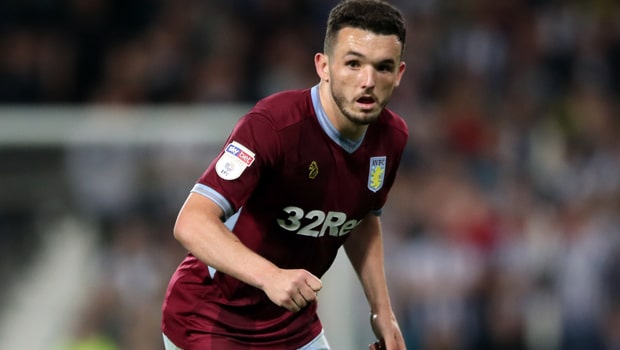 Aston Villa midfielder John McGinn says his team have failed so far this season despite reaching the Championship play-off final at Wembley.

The Villans are in London preparing for their showdown with Derby County, 12 months after they lost at the same stage.

Villa were beaten 1-0 by Fulham in 2018’s play-off final and they needed a 12-match unbeaten run to book their place in the play-offs this season, after a disappointing start to the campaign.

Dean Smith’s side were well fancied for automatic promotion, but they finished 13 points behind second-placed Sheffield United.

After winning 10 games in a row towards the end of the season, Villa have proved their credentials, although Derby have also demonstrated their capabilities under boss Frank Lampard.

McGinn says he cannot wait to play on the Wembley turf but he says his team have not achieved their goals despite reaching the final.

He told reporters: “There have been so many highs and so many lows and I think overall this season has been a failure initially.

“The size of this club, it should be in that top two and we’ve failed. But what we have done is give ourselves another avenue to achieve what we set out to do.

“We rolled up our sleeves and went on an unbelievable run and got to this final and I suppose that is an achievement in itself. It’s the biggest game of my career, definitely, and I’m really looking forward to it.

“I’ve been lucky enough to be involved in a few cup finals, the majority of them at Hampden. They’ve been sell-outs and you play in front of full houses at Celtic Park and Ibrox.

Wembley is 90,000 but I’m used to big atmospheres and the pressure of those games and I can use that experience.”

Villa are 2.20 favourites for Monday’s final, with the draw 3.25, while Derby are 3.40 to get their hands on the trophy and win promotion back to the Premier League.