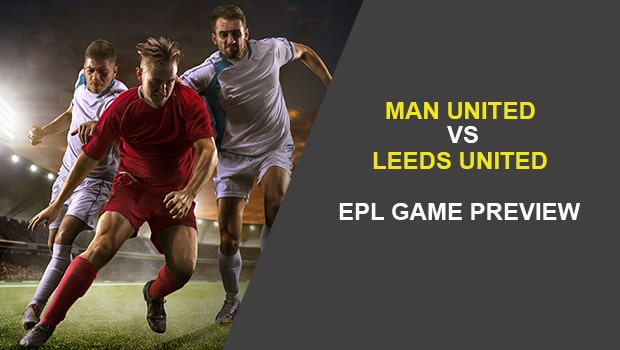 A new Premier League season starts this weekend and on Saturday, Manchester United hosts Leeds United in what should be a very entertaining game. Man U finished in second place last season with 74 points in 38 games, 12 points behind Manchester City while Leeds United was ninth with 59 points in 38 games. Let’s take a closer look at where the value is at in this matchup.

Manchester United signed Jadon Sancho and Rafael Varane, hoping to improve their chances to compete with the top teams in the Premier League but they’ll be without Marcus Rashford for a while, as he has undergone a shoulder operation which will rule him out at least a few weeks. Also, they have players at differing levels of fitness because they returned at various times for preseason due to international engagements. Sancho’s availability to start against Leeds United will be questionable. According to the MEN, Sancho joined training for the first time on Friday. This means he will have only around a week of training ahead of the game. Sancho could play a part from the bench but Leeds United is a tough opponent to throw him in against.

Leeds United aims to prove last season wasn’t a fluke. They ended last year strongly, concluding their best top-tier campaign since David O’Leary led them to fifth place in 2002. Along the way, Leeds United collected 23 points from a potential 30, conceding eight goals in their final 11 games.

Head-to-Head: These two sides last matched up in Premier League action on April 25, 2021 and the game ended on a 0-0 draw.

For Manchester United, Bruno Fernandes has a 52.9 percent chance to score. He averages 3.83 shots overall per sim, 2.29 shots on goal per and 0.75 goals per sim.

Make sure to check all other MLB, NFL, NCAA, NHL, NBA and soccer game predictions from AccuScore & Dafanews.