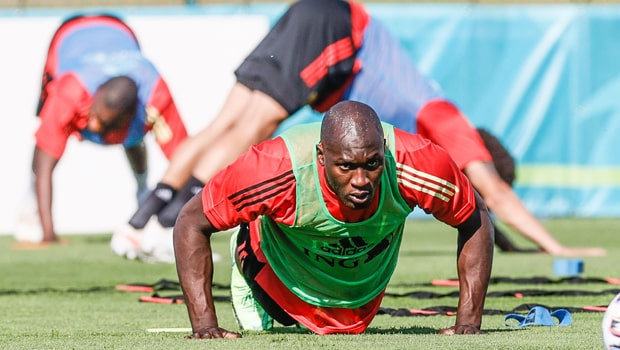 The striker who left Stamford Bridge in 2014 for Everton has now returned on a five-year deal from Inter Milan where he won the Seria A.

In his first stint at Stamford Bridge, Lukaku scored one goal in 15 appearances but he went on to play for Everton and Manchester United.

He becomes the most expensive player bought from Serie A and is the 2nd most expensive British transfer after the amount Manchester City paid for Jack Grealish.

Manchester City has revealed that it is ready to pay £150m for English striker Harry Kane if North London club Tottenham is ready to discuss a deal.

The Citizens won the Premier League last season but fell short of a UEFA Champions League trophy after losing to Chelsea in the final.

Pep Guardiola has swung into action as he signed Jack Grealish from Aston Villa for a fee worth £100m with Harry Kane also on the radar of the Blues with the manager stating that they were ready to do business with the Spurs.

“If Tottenham doesn’t want to negotiate, it’s finished, If they are open to negotiating, I think not just Man City, but many clubs in the world want to try to sign him.” Pep Guardiola said.

Meanwhile, the Premier League resumes on Friday with Arsenal facing Brentford, the Gunners have been targeting Sheffield United goalkeeper Aaron Ramsdale all summer.

However, Sheffield United manager Slavisa Jokanovic has revealed that the goalkeeper is not for sale. Ramsdale was a member of the Three Lions team that got to the final of the Euro 2020 in the summer but didn’t get to play a minute.