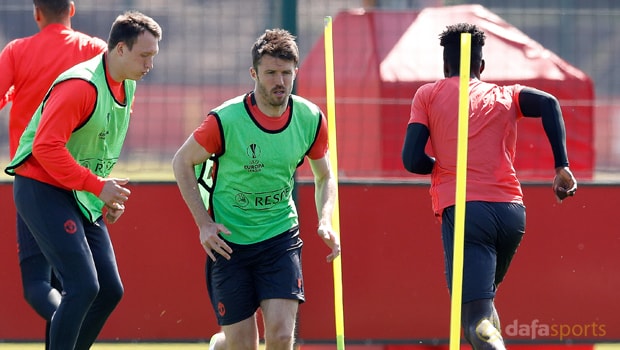 Manchester United veteran Michael Carrick says he is “desperate” to help his side claim the Europa League trophy this season.

United host La Liga outfit Celta Vigo on Thursday in the second leg of their semi-final tie, holding a narrow 1-0 lead after a first leg win in Spain.

Manager Jose Mourinho appears to have prioritised the European competition, which offers a Champions League place for the winner, over the Premier League after resting some key men in the defeat at Arsenal at the weekend.

Midfielder Carrick, 35, has now stressed he is eager to land the title and insists United will not be complacent as they target European success.

The Old Trafford outfit are 1.61 favourites to win the Europa League outright but Carrick insists they cannot afford to underestimate the other teams left in the competition, with Ajax and Lyon contesting the other last-four tie.

“I’m personally desperate to get to the final and to try and win it,” he told the UEFA website. “That’s the only thing that matters.

Whatever competition you’re in, especially at this club, with the team we’ve got, we’re looking to win it. “It’s a great opportunity.

We’ll respect who is left in the competition – it’s not going to be easy and we’re not taking anything for granted at all – but that’s got to be the aim. There’s nothing else that matters.”